Day In The Lyfe Of Chryst

As the entertainment industry’s newest triple threat on the scene, Chryst Young has shown that he is already a formidable actor, hip-hop artist, and songwriter making a considerable impact on fans and critics alike.
Born in Hartford, Connecticut and raised in Brooklyn, New York, Chryst Young began his career early; he started writing songs in 2001 as a student at Boys & Girls High School in Brooklyn. He started acting in 2009, and has appeared on a variety of network television programs including NBC’s “Mercy,” several episodes of “Law & Order,” CBS’ “CSI:NY” and “Blue Bloods,” Showtime’s “Nurse Jackie,” and HBO’s “How To Make It In America.”
Although he loves acting, Chryst Young has an undeniable passion for music. His first mixtape, “It Was All Uh Dream,” was released in 2009. Chryst Young’s most recent mixtape, “The Hip Hop Takeover 101 Volume 1? was released in 2010, and he is now working on next music project "The Serenity" EP which is slated For release fall 2015.
In addition to his music career, Chryst Young actively pursues acting and is currently working on Feature Film "Ladies Love Leo Littles", TV Pilot "Death Without Life", Mini Series Drama "Playas In The Pew", New Theatre Show "Betrayed", 2 web series entitled "The Bitten Apple" & "Youngins", Short Film "THE SET UP" also filming Season 3 Of his popular web series "Day In The Lyfe Of Chryst" which airs on www.Suite929.tv
Chryst Young is an incredible young talent, with drive and passion, who has been consistent and successful in all his endeavors—a legitimate “Triple Threat.” 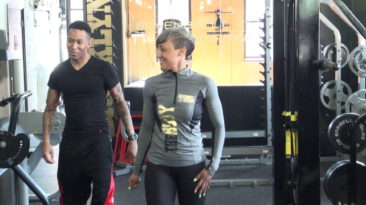 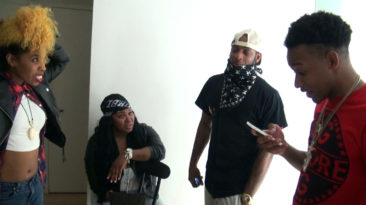 Chryst returns to the recording studio after a lengthy absence; a photo shoot with Gifted Apparel NYC. (Season 3, Episode 3) 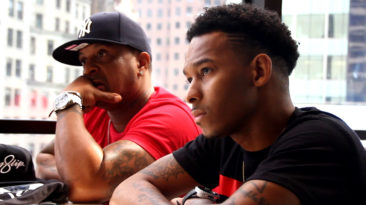 Day in the Lyfe of Chryst: All In

A power meeting in Times Square; a rehearsal and performance with Mike Lyrik. (Season 3, Episode 2)